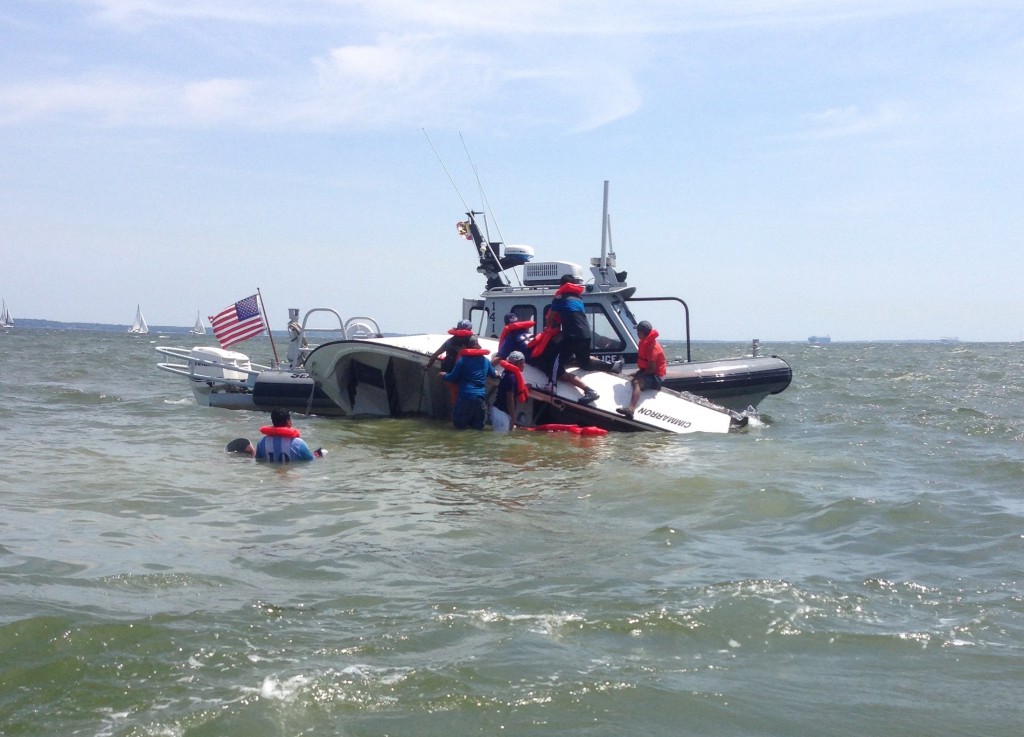 With a string of beautiful days with bright sun and comfortable temperatures, Memorial Day weekend beckoned thousands of residents and visitors to Maryland waterways and state parks and kept Natural Resources Police officers on their toes.

Saturation patrols statewide checked 2,533 recreational vessels during the 72 hours from May 23-25. Seven boaters were charged with operating under the influence, two more than last year.

Officers returning from a wreath-laying ceremony at Annapolis City Dock on Memorial Day rescued seven fishermen from their capsized boat just south of the Bay Bridge. All were unharmed.

NRP’s safety efforts kicked off with National Safe Boating Week, from May 16-22, with officers and reserve officers ramping up safety checks and outreach.

During the campaign, NRP inspected 1,205 vessels, talked with 2,171 boaters and attended safe-boating events at marinas across the state and at Camden Yards during an Orioles game, where the agency unveiled its new mascot, Splash the Water Safety Dog.

Officers made four Operating Under the Influence arrests, and wrote 89 tickets and 294 warnings.