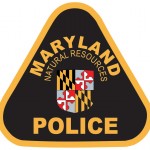 Saturation patrols, surveillance and tips from the public led to oyster poaching charges being filed by Maryland Natural Resources Police officers against four Eastern Shore watermen over the holiday period.

On Monday, officers set up surveillance near Deal Island in Somerset County to check for oyster harvesting before legal hours. At about 5:30 a.m., they saw a boat operating without navigational lights head into Tangier Sound.

Fridley was charged with seven counts of possessing unculled oysters, oystering before legal hours, having oysters aboard between two hours after sunset and sunrise, power dredging in a prohibited area, operating a vessel without navigational lights, and negligent operation of a vessel.

All seven bushels were returned to state waters.

Fridley is scheduled to appear in Somerset District Court on March 10. If found guilty of all charges, he could be fined as much as $10,000.

Also on Monday, NRP officers charged two watermen with harvesting oysters from a state sanctuary at the mouth of Harris Creek in Talbot County.

Kyle William Porter V, 20, of Rock Hall, and George William Fluharty, 53, of Tilghman, were observed oystering within 150 feet of the sanctuary boundary.

Both men are scheduled to appear in Talbot District Court on Feb. 19. If found guilty, each man could be fined as much as $3,000.

On Dec. 24, NRP officers charged Todd Hamilton Ruark, 33, of Cambridge with failing to tag oysters before leaving a harvest area and exceeding his daily harvest limit. An officer noticed untagged oysters aboard a vessel tied up in Madison. When the officer went to Ruark’s home, he noticed additional bushels of untagged oysters in the back of a truck and in the yard.

Ruark is scheduled to appear in Dorchester District Court on Feb. 18. If found guilty of two counts of failing to tag and one count of overharvesting, he faces a maximum fine of $3,000.