Eight Soldiers, two each from the Maryland, Delaware, Pennsylvania, and Virginia National Guard, pushed through soaring temperatures over the four-day Region II Best Warrior Competition to prove their mettle and to settle, who among them is the best warrior. The competition ran from July 28-31, 2020, at locations throughout Maryland. In the end, for the Soldier category, Spc. Josiah Taft, a healthcare specialist in the 104th Medical Company Area Support, and for the noncommissioned officer category, Sgt. Brian Murphy, a radio operator-maintainer in the 248th Aviation Support Battalion, both from the Maryland Army National Guard, were deemed the best warriors of Region II.

“I don’t give up. I don’t give in,” Taft said, “And I bought everything I had out of my unit and from my state.”

Though they won the previous state-level competition in March, these Maryland Soldiers didn’t stop training in the necessary skills, despite the closures of many indoor gyms, swimming pools, and other exercise facilities. Sgt. Brian Murphy navigates through the weaver obstacle during the obstacle course event.

“So [starting training] two weeks prior is not going to cut it,” said Murphy. “[To win] you’ve got to be consistent about it, put in the work and effort every day, be determined, and have that goal.”

Day one kicked off with events that tested the competitors’ knowledge, endurance, and ability to handle multiple weapon systems under physical and mental stress. To begin the stress shoot, they first conducted high-intensity interval training exercises from the Army Combat Fitness Test while wearing tactical gear. Immediately afterwards, they tested their marksmanship using the M4 rifle and M17 pistol.

The competitors climbed, crawled, and clambered through a timed obstacle course. The competitors tested their basic warrior skills in the warrior task lane, maneuvering through scenarios that included reacting to enemy contact, reacting under chemical attack, sending reports via radio, combat medical care procedures which included dragging a Sked over steep-uneven terrain, and ending the day with a grenade throw.

The second day started off with a multiple weapons system qualification event at H Steven Blum Military Reservation, in Glen Arm, Maryland, where the participants shot for accuracy, assembled and disassembled an M2 machine gun, and conducted gunnery training. Spc. Kwabena Anim-Appiah  jogs towards the finish line during his 12-mile ruck march.

“I actually got the opportunity to shoot the M240 Bravo, and I’ve never shot it before,” said Spc. Kwabena Anim-Appiah, a healthcare specialist in the Delaware Army National Guard Medical Detachment. “So it was definitely an amazing experience.”

The second half of the day’s events included a historical synopsis of Fort McHenry National Monument and Historic Shrine in Baltimore before completing a timed high-intensity interval training course there on the Fort McHenry trail.

Day three continued through the night, when the competitors completed a night to day land navigation course at Baker Training Site in Hancock, Maryland, before heading to Antietam National Battlefield for a 12-mile ruck march through the historic battlefield.

“The ruck march [at Antietam], it was one of the most humbling and difficult experiences I’ve had not only in the competition, but my entire life,” said Murphy, “I felt a lot of pride as I crossed [the Burnside] Bridge.” Spc. Josiah Taft jumps in the water during the combat water survival test.

The Soldiers ended the day’s events and jumped into the combat water survival tasks like treading water for five minutes, swimming with a dummy M4 rifle, and leaping in and then discarding tactical gear. After they cooled off, their mystery task was revealed to be a written test based on the historic places in Maryland they visited.

On day four, the final day, the competitors presented themselves before an appearance board for a uniform inspection and were grilled by a panel of sergeants major for their knowledge of customs and courtesies observed in the U.S. Army, regulations, and current events. The awards ceremony was conducted at Weide Army Aviation Support Facility, Edgewood Arsenal – Aberdeen Proving Ground, Maryland.

For the past three years, four of the national winners of the Best Warrior Competition have come from Maryland. This year, leaders in the Maryland Army National Guard were determined to host the Region II competition.

“Making sure that we continue that tradition of sending folks nationally, giving our Soldiers that experience, that’s why it was important,” said Command Sgt. Maj. David Harry, command sergeant major of the 1297th Combat Support Sustainment Battalion. “We feel like we took all the necessary mitigating factors and considerations.” Those considerations included preparing to deal with summer risks like heat exhaustion and following the safety steps to mitigate COVID-19 risks. This included increasing the presence of medical personnel, having equipment regularly sanitized, maintaining physical distance, wearing facial coverings in larger gatherings, and ensuring as many of the events as possible were held outdoors.

Many of the Soldiers assisted with their respective states’ National Guard’s COVID relief efforts. Each competitor had to deal with those impacts while balancing their duties with training for the Region II competition. Region II also includes West Virginia and Washington D.C., they did not send Soldiers to compete this year. 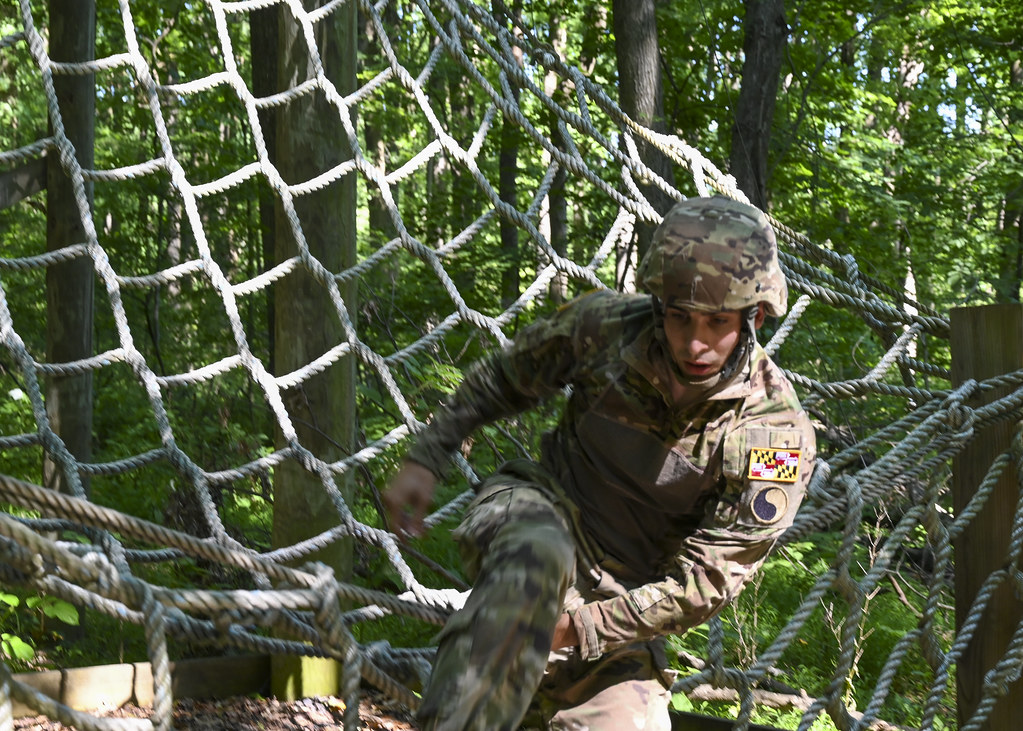