Maryland Guard Showcases the Benefits of Partnerships through Vigilant Guard 2018 For members of the Army and Air National Guard, partnerships have been and will continue to be a critical and enduring focus. While each relationship has its own unique and sometimes complex intricacies, they serve to ensure America’s safety and strengthen global peace and security.

The Maryland National Guard had the opportunity to showcase the benefits of its partnerships during Vigilant Guard 2018. Designed as a response to a hypothetical catastrophic hurricane landfall in the Mid-Atlantic region, Vigilant Guard was an exercise that allowed the Maryland Military Department, along with 42 federal, state, and local agencies, a chance to collaborate and test interoperability as part of a national level exercise.

Members of the Adriatic Charter and Estonia were there to witness and also participate in the training. Also known as A-5, the Adriatic Charter is an association of Western Balkan countries including Albania, Croatia, Macedonia, Montenegro, Bosnia and Herzegovina, and the United States. Originally designed to help usher the Balkan states into NATO membership, the association’s intent has also evolved to include strengthening coordination and capabilities between the states at the regional level. While sharing an official partnership with Estonia and Bosnia and Herzegovina, the Maryland National Guard invited the rest of A-5 to Vigilant Guard 18 in hopes that the association might learn from and replicate the type of exercise in their own home region.

“It is our hope that they will learn about the process of planning a disaster management exercise, and the coordination and challenges incurred while doing an exercise with civilians,” said Army Cpt. Harrison Bittenbender, a Maryland National Guard Bi-Lateral Affairs Officer working with the Joint Staff of the Ministry of Defense of the Armed Forces of Bosnia and Herzegovina. “Vigilant Guard is an opportunity where they get to see that within disaster management, the civilians are in charge and therefore change the coordination and expectation of the military.”

Bittenbender is optimistic that the A-5 might organize a Vigilant Guard-type exercise of their own within the Balkans by 2020. The Maryland National Guard is an ideal partner in reaching this goal.

“At the end of the day these countries’ armed forces are very similar to the National Guard in that one of their primary missions is to support the civil authority during natural disasters,” said Bittenbender.

Attending A-5 member representatives agree and share in the sentiment surrounding the benefits of partnerships and the opportunity to see how they play out in multifaceted exercises like Vigilant Guard. “It is necessary to build this type of activity, this type of coordination between the different countries,” said Damir Pilcik, Head of the National Protection and Rescue Directorate in Zagreb, Croatia. “It is a very good thing for all of these countries to build and grow and increase our capacities for the different catastrophes and emergency situations.” 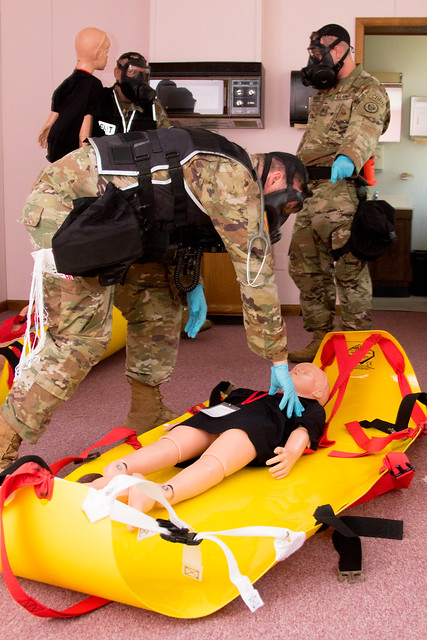