“The new $13 million facility is significant for this community in Western Maryland, and the state. The completion of this building coincides with the centennial celebration for the Maryland Department of State Police, and reflects a significant investment in the community and our personnel,” said Lt. Governor Rutherford. “The new state-of-the-art police barracks allows our Troopers and other personnel to better meet evolving needs for public service in the 21st century.”

In September 2019, the Maryland Department of General Services and Maryland State Police broke ground on the new 19,733 square foot Cumberland Barracks which sits on approximately 2 acres. This $12.8 million project incorporates best practices in public safety design and resolves many deficiencies of the old barracks location. The barracks will house 50 personnel, including thirty-nine sworn police officers from the Field Operations Bureau, Criminal Enforcement Division, Crash Team and the Office of the State Fire Marshal.

“As the lead agency for state building construction, we know the importance of delivering a quality project to our client agencies, and ultimately to the people of Maryland,” said Secretary Ellington E. Churchill, Jr. “By investing in the construction of a new and modern police barracks Marylanders can be reassured that the State Police continue to meet their high standards for public safety and security.”

The barracks provides a central and significant location for people to go to obtain state services, as well as support resources for troopers and other state personnel. The new facility is also equipped with a 300-foot radio tower, vital to support the statewide radio system as well as an indoor facility for K-9 partners. Barrack staff are involved in community outreach, including hosting National Night Out events in August and Trick or Treating activities for youth in Western Maryland.

“The Maryland State Police Cumberland Barracks has always been a pillar of public safety and citizen services in Allegany County,” Colonel Jerry Jones said. “The new Cumberland Barracks enables our dedicated employees to not only continue, but enhance their full-service law enforcement operation, working in coordination with the Allegany County Sheriff’s Department, Cumberland Police Department and the other state and local police departments in the region. In addition to daily patrol and investigation, the new barracks is equipped with facilities to address all vital services needed to maintain and support patrol operations, such as the capability to perform expanded diagnostics and analysis of evidence locally.”

The newly constructed barrack were designed in compliance with the International Green Construction Code to achieve energy efficiency and sustainability goals as outlined in the Department of General Services procedures manual. The building is equipped with LED lighting and occupancy sensors as well as an efficient variable refrigerant volume HVAC system with dedicated outdoor air supply units, which utilize heat recovery. 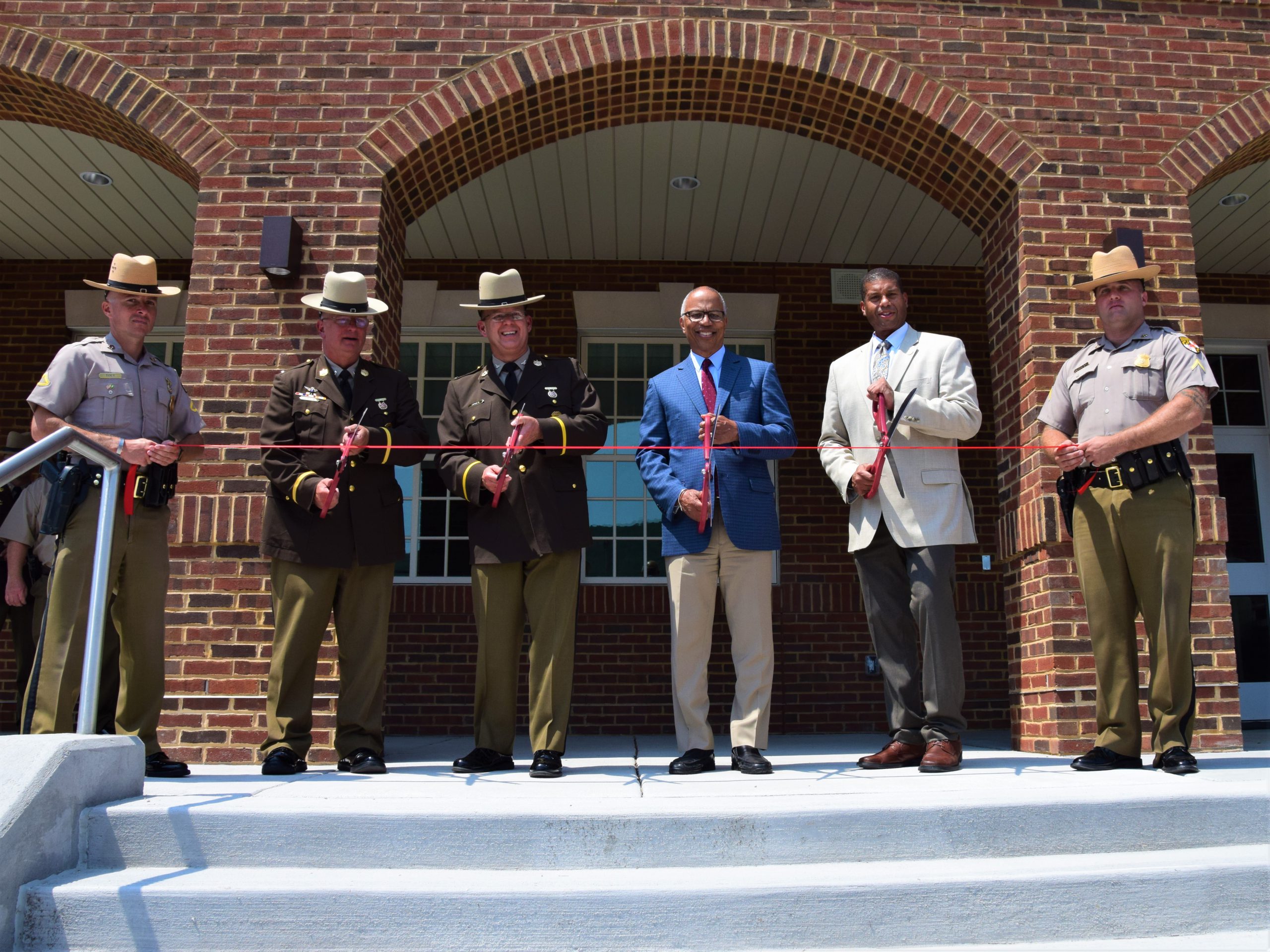