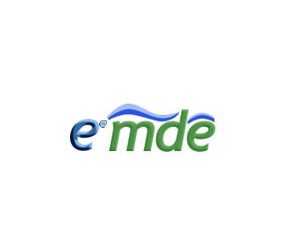 Maryland and Other State Programs Highlighted at Glasgow Global Summit I had the honor of representing Maryland, the Hogan Administration, and MDE at the annual global summit on climate change, known as COP26 (Conference of the Parties for the 26th year) in Glasgow, Scotland, November 7-10. What ...Read More
0 Comment
Tweet

The new owners of Sparrows Point have ambitious plans to redevelop the 3,100 acres on the lower east side of Baltimore County. But at the same time, they are beginning a massive cleanup for the industrial site where steel was made for more than a century. Read the rest ...Read More
0 Comment
Tweet

WYPR’s Fraser Smith and John Lee discuss the work – and the money – that is going into the most valuable piece of real estate in Baltimore County, Sparrows Point. Listen to the entire article. Tweet

New firm has local roots and commitment to clean up years of contamination created by Bethlehem Steel’s furnaces. Michael Pedone’s to-do list looks something like this: Wake up. Watch dismantling of what was once the world’s largest steel mill. Figure out how to clean up a 3,100-acre site where ...Read More
0 Comment
Tweet

Hopes for redevelopment of the former Sparrows Point steel mill in Baltimore County — and the promise of new jobs — took two giant strides forward Thursday as the land was sold to a new owner who also reached agreement with state and federal environmental agencies on a cleanup ...Read More
0 Comment
Tweet
© 2022 Maryland Department of the Environment. All Rights Reserved.
Theme by MyThemeShop. Back to Top ↑
ae1a-ewspw-web1