BALTIMORE, MD (January 28, 2014) – The Maryland Department of the Environment has issued a public alert that a tool containing a small amount of radioactive material has been reported to have been stolen after it was used as part of a property inspection in Baltimore.

Although the device contains radioactive material, there is no imminent public health risk.

A Dynasil RMD LPA-1 analyzer, used to measure concentrations of lead in paint, was reported to have been stolen around 2:40 p.m. Monday from a property in the 2600 block of East Monument Street in Baltimore. The radioactive material is sealed and housed in a tungsten shield inside the instrument and can only be exposed when the instrument’s face is in contact with a surface. The instrument also has locks to prevent its shutter from being opened. It weighs three pounds. 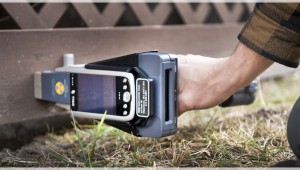