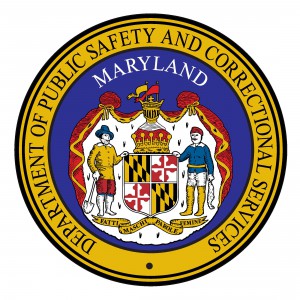 TOWSON, MD — Two correctional officers have been suspended without pay after being charged today with theft and burglary in connection with looting that occurred during riots last month in Baltimore.

Acting on a tip, Maryland Department of Public Safety and Correctional Services (DPSCS) intelligence officers and detectives from the Intelligence and Investigative Division (IID) reviewed video footage that allegedly showed looting from a closed 7-11 store in the 300 block of West Baltimore Street in downtown Baltimore.  The video, recorded during the evening of April 25, shows two women later identified as Tamika Cobb and Kendra Richard leaving the store with merchandise.

Both women had been assigned to a downtown Baltimore Division of Correction facility. They are on leave without pay as the charges against them include a felony.

“Our Intelligence and Investigative Division did an outstanding job, immediately following-up on this tip,” said DPSCS Secretary Stephen T. Moyer. “We will not allow the vast majority of our employees who are honest and hardworking to be tainted by the actions of a few.”

The officers had initially been placed on administrative leave during the investigation until being criminally charged today. They are now suspended without pay and being processed at Central Booking.