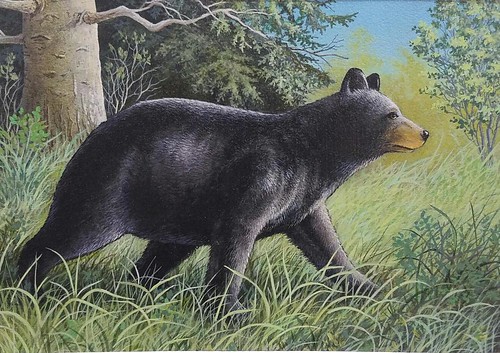 Moving Through by Larry Smail

“I’m excited to have won,” Smail said. “I came across the flyer and figured, I enjoy painting bears, and decided to take a shot at it.”

Smail is an avid outdoorsman and hunter, whose love of the outdoors began at a young age. His art has been featured in magazines and books, often depicting wildlife and outdoor scenes. To see more of his work, visit larrysmailart.com.

Proceeds from the sale of Black Bear Conservation Stamps and other related items are used to compensate Maryland farmers experiencing agricultural damage caused by black bears. These proceeds are added to the Black Bear Compensation Fund established by the Maryland General Assembly. To purchase the stamp and other related items, visit shopdnr.com. 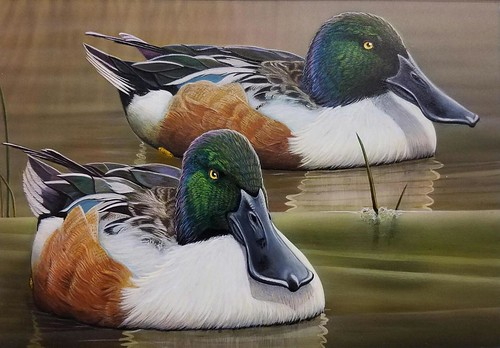 “This is the first time I’ve won and I’m very happy,” said Menard. “Anything I can do to help with conservation is a good thing.”

The Maryland Migratory Game Bird Stamp Design Contest showcases the talents of our state’s gifted wildlife artists while raising funds for conservation. Migratory game bird hunters are required to purchase these stamps and the proceeds fund migratory game bird research and habitat enhancement on the state’s public lands. Since 1974, stamp sales have provided more than $7 million for migratory game projects.