ANNAPOLIS, MD (October 1, 2019) — Lt. Governor Boyd K. Rutherford, chair of the Maryland Opportunity Zone Leadership Task Force, today delivered opening remarks at the second Maryland Opportunity Zones Conference. Hosted by the Maryland Department of Housing and Community Development at the Turf Valley Resort in Ellicott City, the conference provided an opportunity for attendees and potential investors to learn more about the program and its incentives, as well as additional state incentives and current Opportunity Zone success stories in Maryland. The lieutenant governor was joined by Housing Secretary Kenneth C. Holt, Maryland Department of Labor Secretary Tiffany P. Robinson, and representatives from the private and nonprofit sectors.

The federal Opportunity Zones program is a nationwide initiative administered by the U.S. Treasury. The program provides federal tax incentives for investment in economically distressed and under-served communities. Areas designated as Opportunity Zones will be able to reap the benefits of capital gains to help finance redevelopment and revitalization. Maryland has 149 designated Opportunity Zones, and each of Maryland’s 24 jurisdictions has at least one designation. 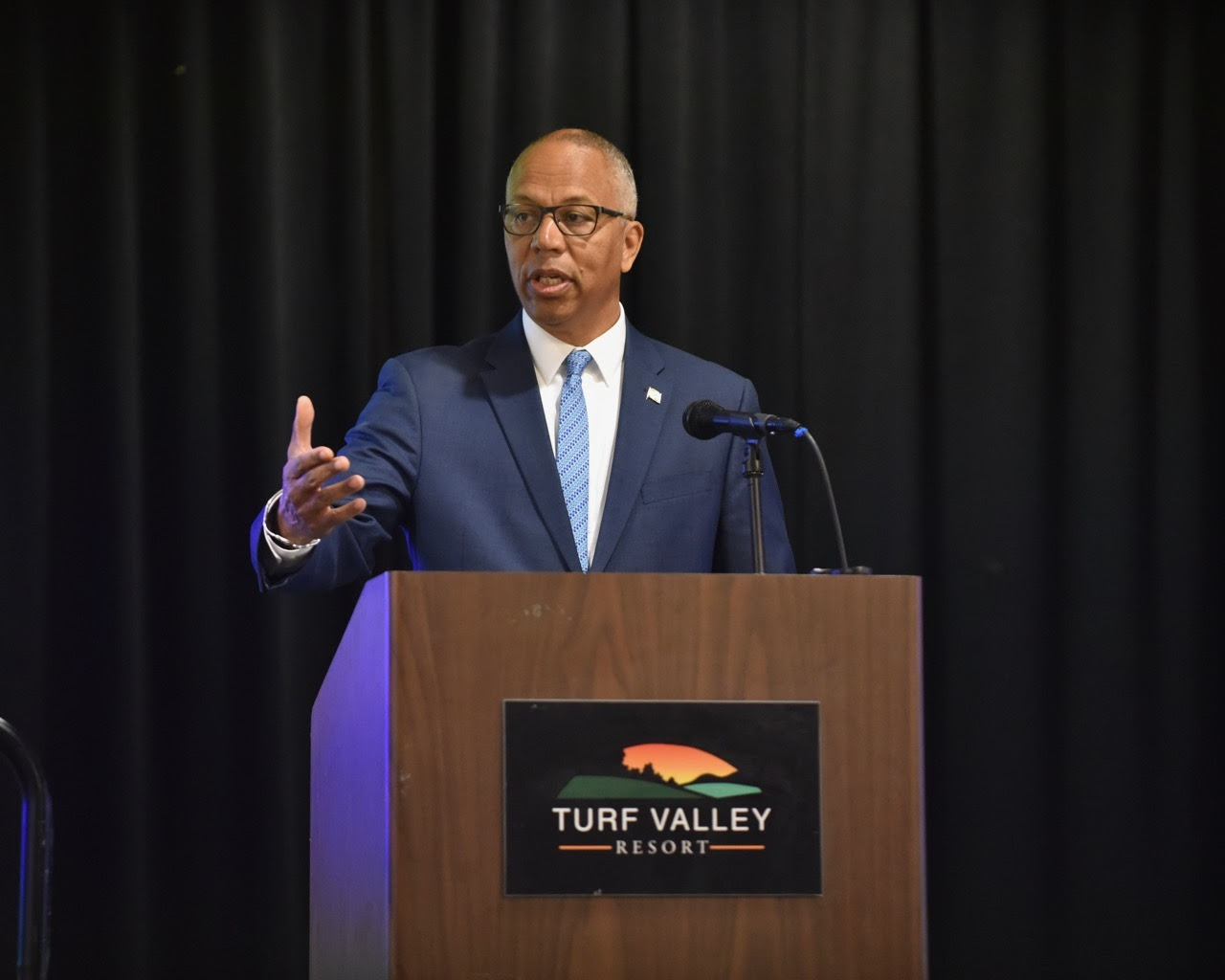 “For the last four years, Governor Hogan and I, and our entire administration, have been laser-focused on growing jobs and turning around Maryland’s economy, and we’ve seen a lot of success,” said Lt. Governor Rutherford. “But we know that there are places in the state that have not had the same growth as the rest of Maryland. The Opportunity Zone program is an exciting chance to truly lift up and help these communities.”

During the sold-out conference, more than 400 attendees learned about the expected future impact of Opportunity Zones, how to attract equity to both real estate and operating business projects, and additional state incentives. During the 2019 Legislative Session, the Hogan-Rutherford administration supported, and the governor later signed, a bipartisan omnibus bill that allowed the state to create or expand additional incentives to stack on top of those already offered by the federal government.

Attendees also received an overview of some of the current successful projects featured on the Maryland Opportunity Zone Information Exchange, an innovative, first-in-the-nation online resource that serves as a virtual meeting place for investors, fund managers, property developers, new or expanding businesses, and local stakeholders. Examples of successful Opportunity Zone projects include Yard 56, a $160 million, 1-million-square-foot mixed-use development in East Baltimore; the Cambridge Waterfront Development, a $200 million, 25-acre mixed-use development adjacent to Route 50; and the Frostburg Center Street Redevelopment, a $10 million, 15,000-square-foot mixed-use project that will serve both the Frostburg University community and the community at large. Currently, the Information Exchange lists more than 100 projects totaling $12 billion of capital investments, comprising 29,000 housing units and 45 million square feet of commercial development. 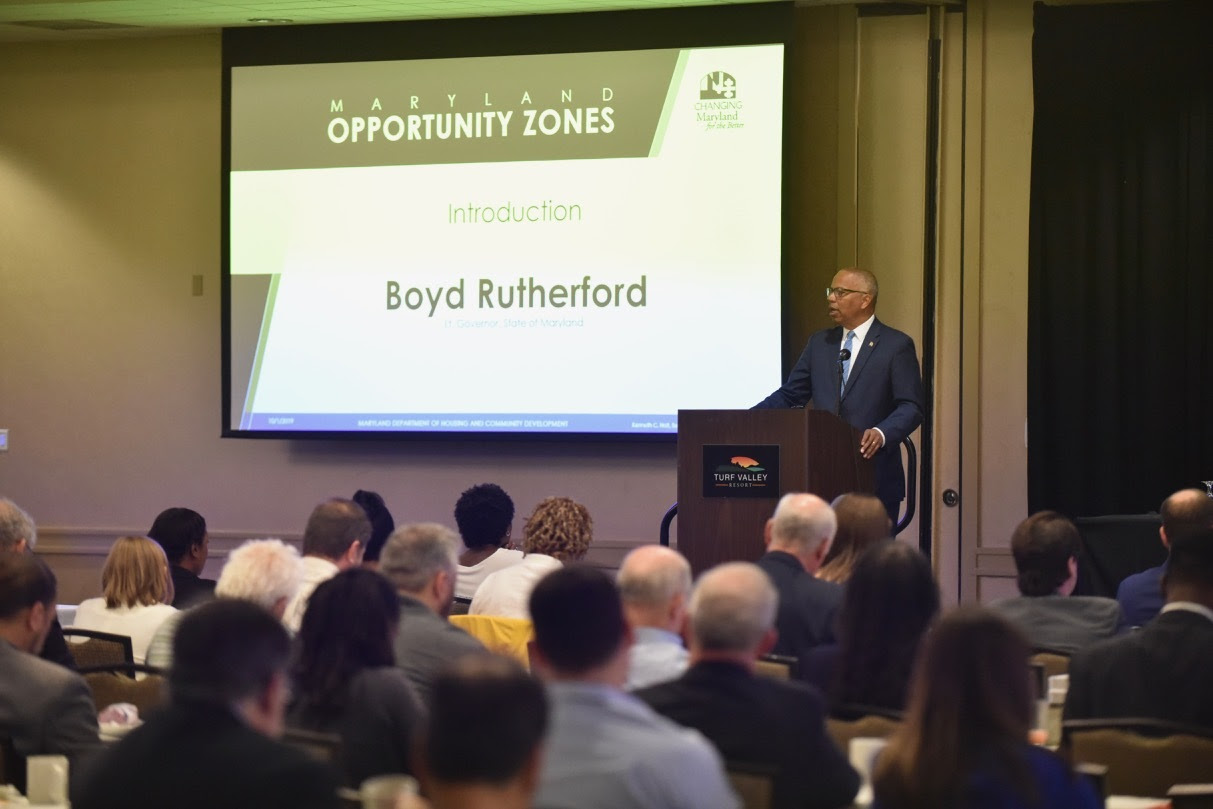 “Since the program was created by Congress, Maryland has been ahead of the curve when it comes to Opportunity Zones,” said Secretary Holt. “Governor Hogan has lead the nation in providing state support to leverage private capital. Today’s successful conference is another example of how we as a state are positioning ourselves to maximize Opportunity Zone investment.”

For more information about Opportunity Zones and for maps of selected communities, visit http://dhcd.maryland.gov/OpportunityZones.

Owen McEvoy, Director of the Office of Public Information, owen.mcevoy@maryland.gov, 443-679-7653